Popping the Question | Will You Marry Me? 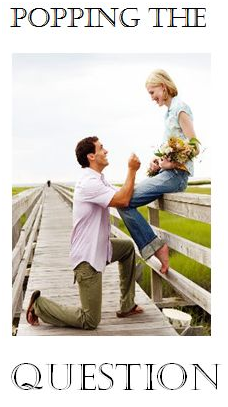 I had it all planned out.  I was going to ask my lady love to be mine for the rest of our days, and it was going to be a pimp smooth question popping that would qualify for enshrinement in the swagger move hall of fame, no doubt.

Neither of us have ever ridden in a helicopter, so I was going to buy us an hour night flight over the city, and when we were at cruising altitude, I was going to look her right in the eye and say “The day I met you I felt like my feet were in the clouds, and that’s why I could think of no better place to ask you this…” and then I was going to open the ring box.  She was going to cry a little, say yes, and I was going to be the happiest guy around.  It was going to be the kind of story she could share with her girlfriends that would simultaneously make them melt and find themselves filled with jealousy for not having men who had the mental wherewithal to devise such a grand gesture.

Make no bones about it, guys, there are few events in a woman’s life that leaves as much of an impression as her man’s proposal of marriage.  So…don’t screw it up.  A couple of bare minimum guidelines to follow so as not to end up with a disappointed woman – do not propose in restaurants or at sporting events, and do not propose until and unless you have a ring to put on her hand.  Seriously.  I’ve seen men propose with no ring and it’s a painful experience for the woman.  Without it, it’d be like someone saying you’ve won a brand new car and handing you the keys… only there’s no car.  It cuts the experience in half for her, and she’ll always resent you a little for it, even if she’s too sweet to say so.

If you can’t go grand, go simple and quiet. Take her hand, tell her your heart, hand her the ring, and ask.  Do at least those things, and you’re golden.  But I digress; I had indeed planned a spectacular question popping for my green eyed angel pie of wuv.  How could I do less?

After all, this is the love of my life.  She is the beautiful creature for whom I wanted to sacrifice any further forays into the land of strange.  Yes sir, it was going to be a proposal and a half, and I was so proud for having thought it up.  Real life, nasty little bitch that it is, then came along and clusterhumped that idea directly into the ground.  I’ll spare you the gory details, but suffice it to say, I never got the chance because before I even picked out the ring, we got into a huge fight, broke up, and started seeing other people.  During the mid-breakup bickering, I got mad as hell and lost my shit on her.  I told her everything I had been planning, and how now it was never going to happen because I had no desire to be with her any longer.

It was bad. We had been long term best friends and lovers up till that point, and an almost universal truth is that the more passionate a relationship is, the more explosive the breakup, if it happens, will be.  There was a lot of love and closeness that was on the brink of death, and it was tearing us both up.  We both tried to move on with our new partners, but no matter how much we liked the new people we were seeing, it never felt right.  She and I both knew it.  After two years of sharing everything and going through trials that would have permanently ended most relationships, we were bonded together on a very deep level, and not having each other left us both feeling less than whole, which is why it took all of a month before we came to our senses and agreed to a tenuous meeting during which we went to a local park and dined on Subway sandwiches while we talked things out.

The meeting was meant only to establish peace and to help us figure out how to remain friends.  What happened instead was some passionate making out.  It felt good to hold her again.  We confessed to each other a mutual desire to be together, and after breaking it off with our respective others, we set about the task of repairing what had gone wrong.  We knew good and well that we were “the one” for each other, but for some perverse reason I think we both needed one last fling with someone else to confirm it.  Three months removed from our reconciliation, she moved in with me.  The time between then and now has been a blur.  Living together, despite the pleas of our parents who see “shacking up” as an affront to the Almighty, has gone really well.  We definitely get on each other’s nerves now and then, but that mostly stems from typical gender based miscommunications, and just as quickly as we nip at each other now and again we kiss and apologize.

The reality of life is that it is guaranteed to throw you curveballs you never see coming.  I found love when I wasn’t looking for it, recently I landed an amazing job as the store manager for a quickly growing fragrance company during a time in which I had not even been looking for a new gig, and when I awakened on my last day off the last thing I expected to be doing was packing up my shit and moving to a great new apartment, but that’s exactly what happened.  That morning I awakened to find that my penis had grown an extra three inches overnight, and I won the lottery too! Oh, and I also bought an amazing ring and proposed to my girl as well.  Did I forget to mention that?  The best part of all is that everything I just told you is completely true!  Except the penis growth (dammit) and lottery win (bigger dammit)…but other than that it’s all true!!

So yeah, I looked high and low for the right ring, and could not find it to save my life.  As I was about to go home, I remembered a little jewelry store that is located across from the local mall.  I almost didn’t go, but decided on a whim to stop by.  I met a nice lady who was a travelling jewelry salesperson, and she frequents many stores only once or twice a year.  Her merchandise was amazing, and when I held the second ring she showed me, my search was over.  I had found it.  THE ring.  Had I not stopped in, she would not have been there, and I’d not have gotten the beautiful and unique diamond engagement ring that now adorns my lady’s lovely hand.

Remember the awesome proposal idea I related to you earlier?  Didn’t happen.  Here’s how the real thing went…I drove to her work, waited for her to get off, and then she and I were to go have dinner at a new restaurant about which we’d both heard good things.  As we sat in her car, I said “I need to talk to you for a bit.”  At first her face filled with a look of fear/bewilderment because, as she told me after the fact, she thought I was breaking up with her.  I continued, saying “This is not how I wanted to do this.  You know that’s true, but I couldn’t come up with anything else that grand.  I have been waiting too long to do this, and I can’t wait any longer. You are the love of my life and my best friend, and I want to be your husband, if you’ll have me.”  I then produced the ring and she teared up, slid the ring on at the speed of light, and said yes.  Okay, so it wasn’t the most romantic proposal in the history of ever, but it seemed to work.

I had a lot of fun being single.  Sleeping around and getting to know some awesome ladies was fun for a while, but once that special woman steps into your life and changes your world, nobody else will do.  My sweet and sexy lady irrevocably rocked my universe as much emotionally as physically, and I praise the Almighty for bringing her into my life.  I finally found the one lady who makes me wanna do all that mushy shit you see on Lifetime channel movies.  As painfully cliché as it sounds, the right woman will not only make you want to be better than you are, she will help you do that very thing.  If you have found yours already, my brothers, I congratulate you.  I wish nothing less for those of you who have yet to do so.

Aaron Marino of ALPHA M featured in Behind the ‘Reel’ #2 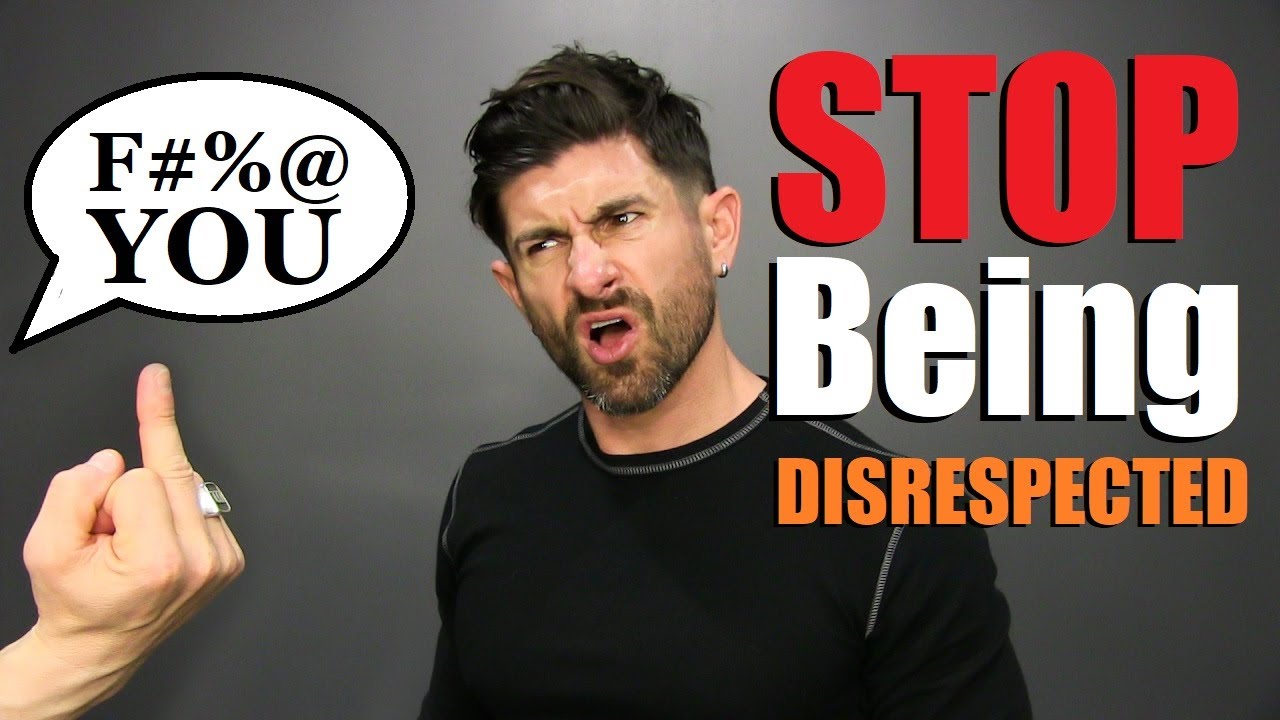 7 Psychological Tricks to Be RESPECTED by EVERYONE! 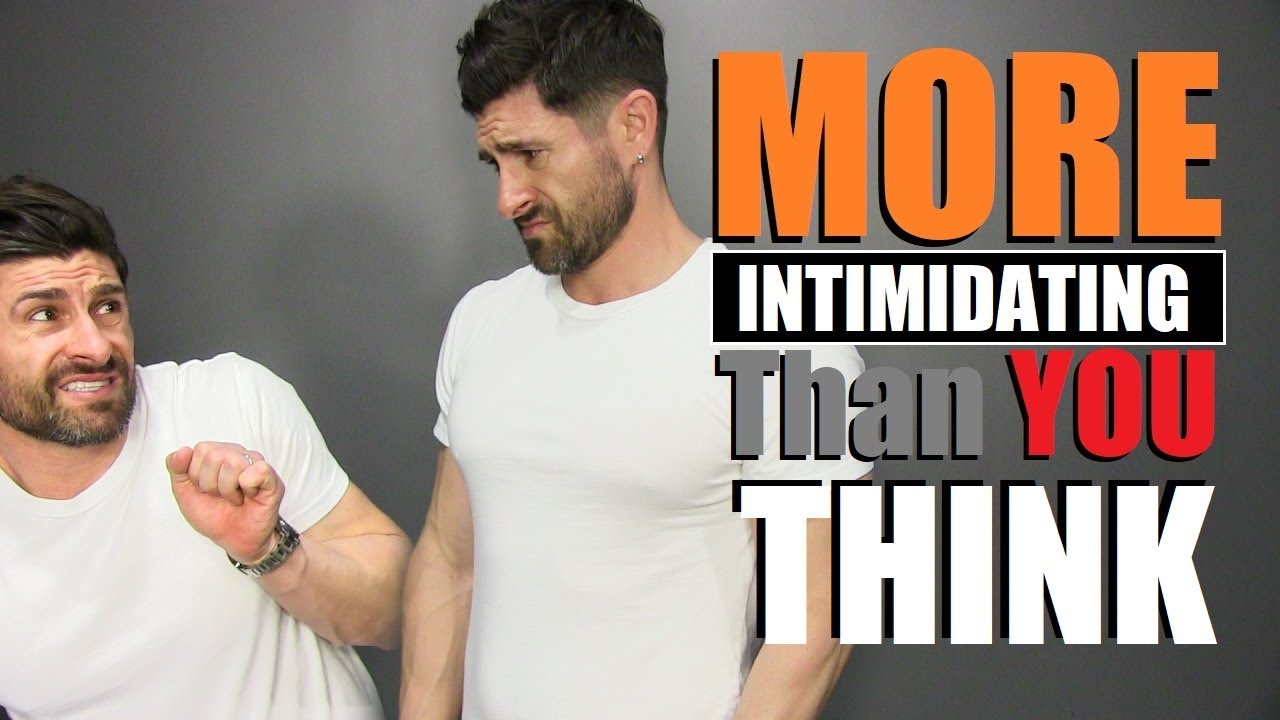 6 Signs People Are INTIMIDATED by YOU! 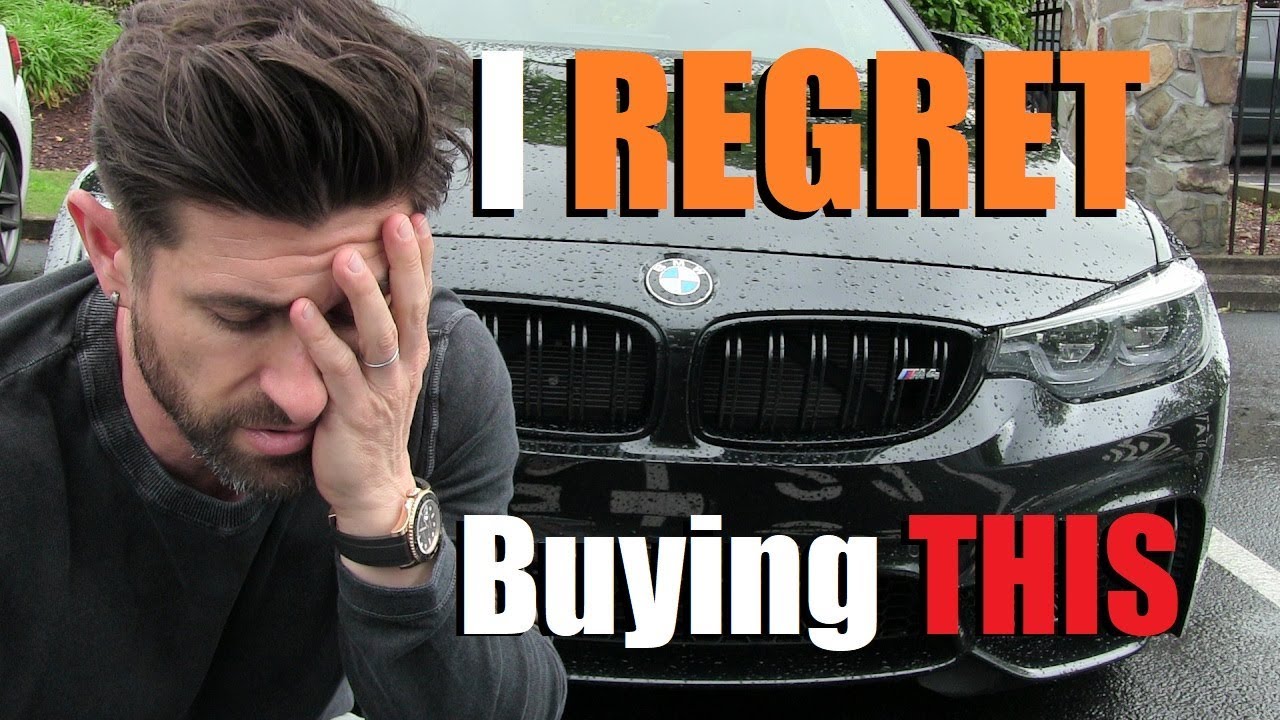 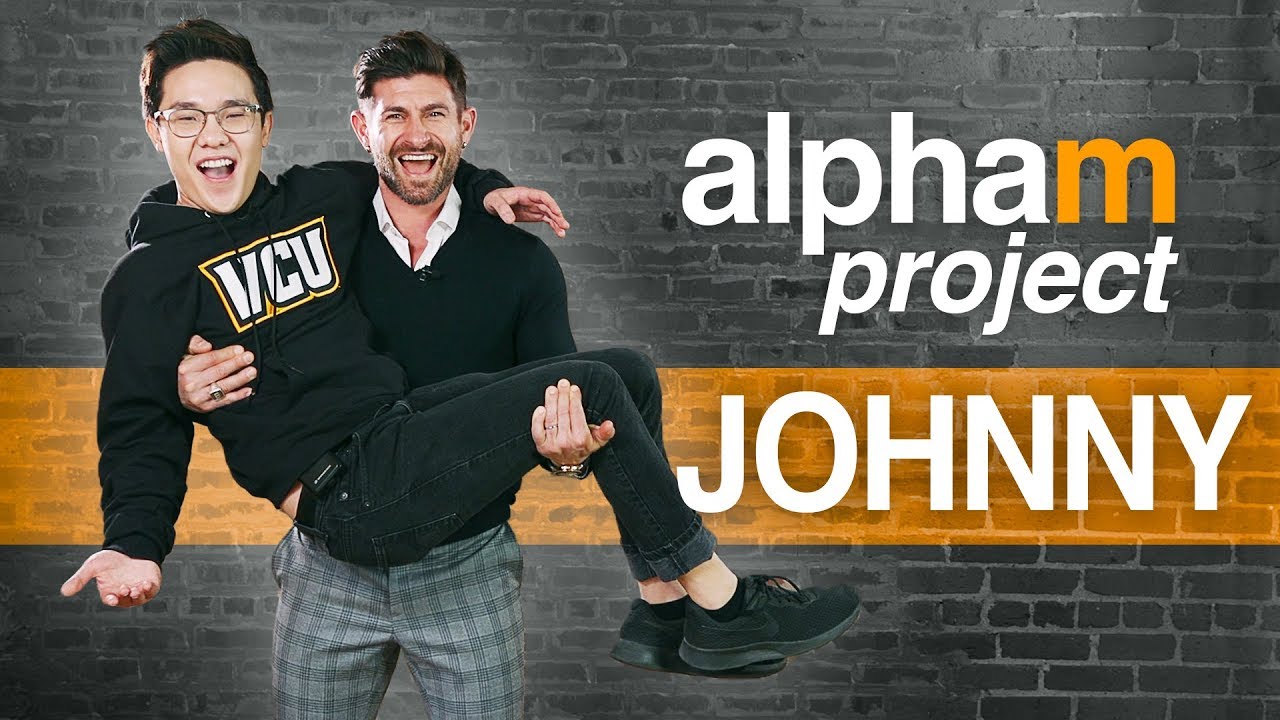 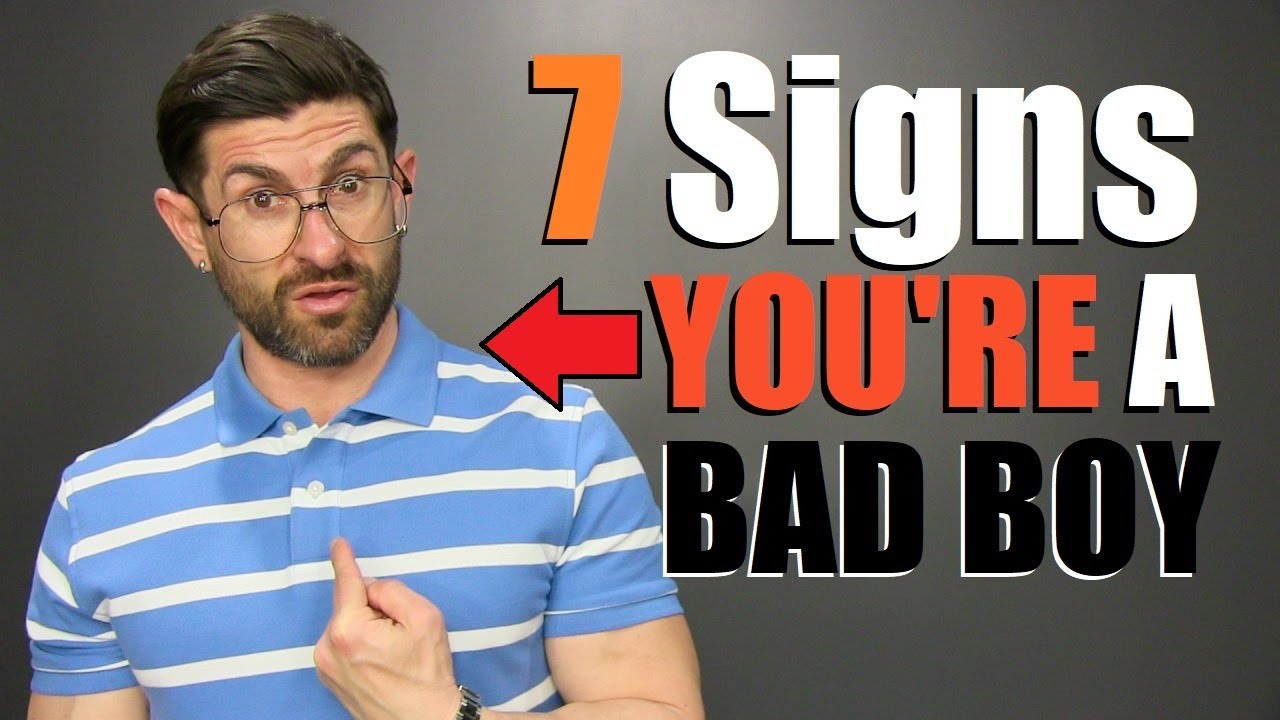